These past few months on the road have given me a new perspective of things to write about. First off, I have become overly fond of two words: “Who knew?”

So whenever I come across material that at least seemed new to me or was a concept I never even gave thought to – I will use the phraseology: “Who knew?”

For instance, while perusing some readings lately, I came across the question:
“Did Lady Godiva really ride naked through Coventry?” Interesting question, isn’t it?
Most people immediately picture this beautiful woman completely naked riding through the countryside on a magnificent horse with her golden hair blowing in the wind.
But how many people take the time to find out if this was myth or true. A better question that comes to mind is: “Why did she do it?

This is a true happening. Her husband was a very strict tax collector, but she herself did not like the fact that the people had to pay such high taxes. She tried to appeal to his sense of good will, hoping he would give the good people a break and not tax them so much but to her dismay, nay – he would not relent. Finally, after listening to her beg him and beg him day after day, he said to her one day – if you would ride through the town unclothed, he would relent in his pursuit of the high taxes.

He was probably wishing he would not have made such a statement when she took him up on his offer but, fair was fair, and he did honor his promise. As a result, Lady Godiva became a heroine in history and is so to this day. “Who knew?”

The story does not end there though because before she rode through the town naked as a jaybird on top of her steed, she asked the townspeople to look away so as to not see her naked. Being grateful for what she had done, all did except for one man, a man called Tom.

Are you ready for this: Hence the arrival of yet another phrase known to man today – that of the “Peeping Tom!” I repeat, “Who knew?” 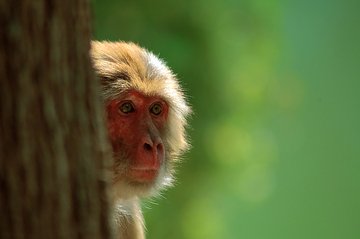